Skip to content
You Are Here:
Home Page
/
Scientific Advisors

Dr. Gabriele Multhoff is Professor of Experimental Radiation Oncology and Radiobiology in the Department of Radiation Oncology at the Technische Universität München (TUM) and Head of the Radiation Immuno-Oncology Research Group at the TranslaTUM – Central Institute for Translational Cancer Research at TUM, Munich, Germany. Gabriele Multhoff is also Founder, former CEO and current CSO of Multimmune GmbH, Munich, Germany, a private clinical-stage biopharmaceutical company. In 2002 she became a Professor of Experimental Hematology at the University Hospital Regensburg. For more than 20 years, Gabriele Multhoff has focused on the development of innovative NK cell-based immunotherapies, therapeutic antibodies and targeting nanoparticles based on selective expression of heat shock proteins. At the TU München, Gabriele Multhoff initiated a proof-of-concept phase II clinical trial to evaluate an NK cell mediated immunotherapeutic approach based on heat shock proteins (HSP) to improve the clinical outcome of patients with von small cell lung cancer (NSCLC) following radio(chemo)therapy. Gabriele Multhoff’s research group is also identifying tumor-specific biomarkers for multimodal tumor imaging and theranostic purposes. Gabriele Multhoff has over 200 papers in peer-reviewed journals and is a named inventor on over 10 filed and granted patents. 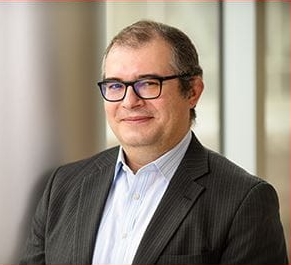 Dr. Mateusz Opyrchal MD, PhD is an Associate Professor of Medicine, Division of Medical Oncology at Washington University of Saint Louis. He is an Associate member of the developmental therapeutic group and an associate clinical leader of the center for gene and cellular therapy for solid tumors. His clinical and research work is focused on metastatic solid tumors with emphasis on breast cancer. He is active in all relevant national and international societies. He is actively involved in clinical care of cancer patients, and he is a PI or co-PI on multiple clinical trials in oncology. He has an active translational program targeting novel agents and development of immune therapies in breast cancer. He has multiple publications in peer-reviewed journals. 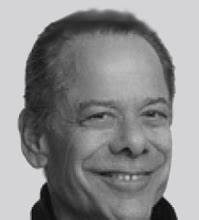 Richard Berman is a member of the Board of Directors. Mr. Berman’s business career spans over 35 years of venture capital, senior management and merger and acquisitions experience. In the past five years, Mr. Berman has served as a director and/or officer of over a dozen public and private companies. From 2006 to 2011, he was Chairman of National Investment Managers, a company with $12 billion in pension administration assets. From 1998 to 2012, Mr. Berman served as a Director of Easy Link Int’l. Mr. Berman is currently a director of four public companies: Advaxis, Inc., Neostem, Inc., Cryoport, Inc. and Lustros, Inc. Previously, Mr. Berman worked at Goldman Sachs; was Senior Vice President of Bankers Trust Company, where he started the M&A and Leveraged Buyout Departments; created the largest battery company in the world in the 1980s by merging Prestolite, General Battery and Exide to form Exide Technologies (XIDE); and advised on over $4 billion of M&A transactions (completed over 300 deals). He is a past Director of the Stern School of Business of NYU where he obtained his Bachelor of Science and Master of Business Administration. He also has U.S. and foreign law degrees from Boston College and The Hague Academy of International Law.